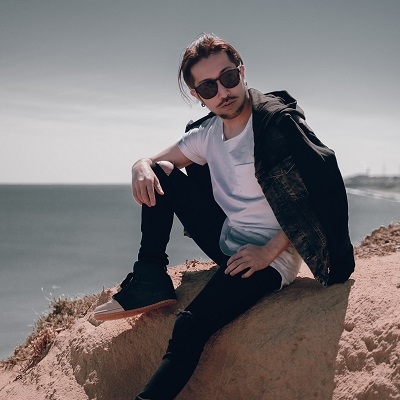 He has become interested in music since high school, first through the guitar then music composition. He’s influenced by many different genres but also has his own style.

FeatTrack "My darkness" with Nish recorded 1st place in the genre classification ranking 2nd week consecutive ranking by Track it Down, the leading UK distribution site.

Also, at that time the unreleased song "Origami" was chosen as the monthly Future Track of Dubnation, and it aroused many hot chats indeed.

"For the Future EP" released in December 2013 will climb up to 8th in Beatport's Dubstep chart. After that he started his career as "Joe Ogawa" and played on big stages such as "Revilution fest 2014" in Mexico and "Ultra Korea 2015" as a DJ player. He’s very active in song production as well.

Besides, since 2016 he collaborated music as Sound Producer of DJ Yamato, and producer & Musician Duo.

People just fell in love with the music, and "Kiss Me Like Nobody Else - DMD Feat. Chica" appointed in 2017 in Netflix within "TERRACE HOUSE ALOHA STATE", a huge popular reality show for teenagers It was done.

The world view of the song matches the program scene, grabs the hearts of many viewers, and instantly breaks the music video of music to 400,000 times.

He will welcome "Elle Vee" to be released from Armada Music and Maxximize Records as guests, and will deliver the latest work "OVER" in 2018.

At the same time, including the album produced of w-inds., Etc. are also supported from the new generation, such as receiving an offer from the young dance vocal group, as the most familiar creator to state-of-the-art club music, his future We cannot keep an eye on the trend of.